Coming Together And Understanding Am I Doing This Wrong ?

The hardest part about dealing with someone that has PTSD . The fear that your pushing this person to hard. Are the kids triggering it? The noise to loud for him? Let me tell you the what if’s will stop you.the hugest one was I ready to hear the story’s ? If he was willing to talk . Then I needed to be quiet and close my mouth. Open up my ears to what he had to say.

His assignment was to recall one of the most dramatic thing that happened to him while deployed.Now I had no idea he was given this assignment. As this is his own private PTSD session. He shared it with me once all the kids had gone to school. He was out checking for IEDS. In his mind once he went out of the wire that was it. It could always be your last mission.so you had to always look over your shoulder and be on alert at all times.they were taking on enemy fire.as they were putting up the wire .that having to stay always on alert at all times. Stayed with him. 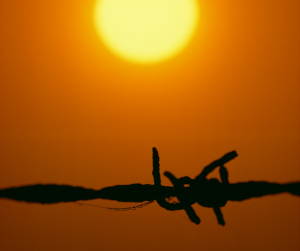 The Difference Between Reality & A Flashback

Going on vacation if he got lost. His anxiety would kick in.he would automatically go back to Iraq. Driving on patrol and if you got lost. With radio silence that was it.here we are driving through Washington to get to the airport.we got lost and he starts screaming in the car.after he told me that assignment it clicked for me how badly it was for him.i thought he was losing his mind. When in all reality he was having a flashback.

Therapy Is A Process

Since reaching out for help things have gotten better. We are both learning how to communicate better. Not assuming is a hard part for me. Him talking and telling us what he needs .Instead of him shutting down .He is opening up to not only me but the kids. 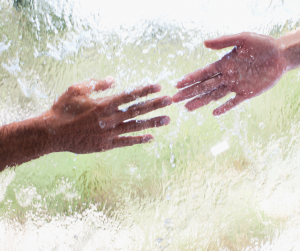 Telling hey I’m proud of you for share with me. He really wants to change. So saying it out loud is a big thing .When on those days I’m overwhelmed with the kids. He actually steps in now. Says hey let’s give momma some time. Come with me.they say you can’t keep a Marriage going by yourself. They were right and it almost feels to good to be true.in those times where our kids could be all over you. That’s when you should be able to tag your partner in.

He said it’s hard for him sometimes because he tends to want to stop. At a certain point in his program and progress he thinks he can manage it. Then sooner or later he is back to square one. Proud to say he has stuck with his program for month . Has not put himself on the back burner not one time. I’m actually proud of him for speaking up for himself. Taking this seriously and sharing with others what he is going through.everyone he talks with he helps. It’s a start to a beginning of having these hard conversations. 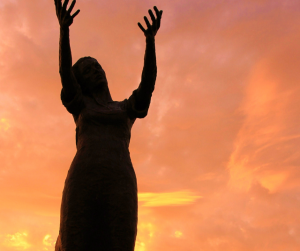 After my Friend shared her story with me.which I also thanked her and her husband for sharing it with us.after all these are the type issues that we should be talking about.it’s an honor and joy to be able to share with others.always remember you are not alone as it may seem. thank you for your strength ,courage and most of all for the inspiration.

Learning to honor myself maybe a chore
Stepping up to the plate always is
Alining myself with integrity and character
Holding myself to a higher standard
Seeing my true potential and holding on to it dearly
Not willing to let go of it and go back to the beginning
Everyday is another victory we claim
Clearing a path and paving the way
Making it safe for other to do the same
Before long Just when you thought you were lost
You turn around to find you have become an incredible force.

Let's Chat
You Are Here: Home » Blog » Coming Together And Understanding